Adolph Mongo, Detroit based political strategist and commentator, has had a fascinating career in Detroit politics. He has served as a consultant and strategist for Detroit Mayors Coleman Young and Kwame Kilpatrick. During the Kilpatrick campaign, Adolph Mongo’s famous attack ads resulted in an upset win for Kilpatrick over Freman Hendrix in the 2005 mayoral campaign.


Mongo’s new book, scheduled for release in October of this year, will highlight his career of over 30 years as a political strategist and advisor to many well-known Michigan politicians including not only Coleman Young and Kwame Kilpatrick, but also attorney Geoffrey Fieger, Jim Blanchard and former mayor Ken Cockrel.


Adolph Mongo has also been campaign advisor in elections that have resulted in many victories, including six Michigan Court of Appeals Judges, five Circuit Court Judges, three Wayne County Prosecutors and two members of Congress. He has also acted as a consultant for two Presidential Candidates.


Adolph Mongo has also been involved in community affairs and as activist and media consultant in his hometown of Detroit. In 1998, Mongo led a protest against the Detroit Medical Center after a white nursing supervisor at Sinai Hospital posted a sigh outside a 74-year-old white patient’s room that stated "no black people allowed." The incident resulted in the supervisor being fired later.


According to his website http://www.adolphmongo.net/, Adolph Mongo organized protests that resulted in the release of three black students that had been falsely accused of killing a Taylor, MI white woman in 2007. The real killers were arrested later and convicted for murder. He also led a protest against the NAACP for honoring Kid Rock in 2011 because of Rock's support of the use of the Confederate Flag.


Mongo serves as consultant for several well-known political figures. He returns to his beloved hometown of Detroit and serves as a consultant to the Detroit International Bridge Company, the bridge which connects Detroit with Canada and is one of the busiest border crossings in the United States.
at 9:16 AM 1 comment: 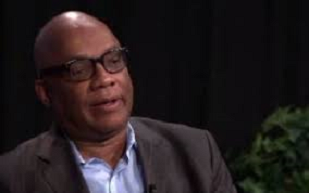